A 24-month, open-label maintenance (OLM) 1 study of rifaximin-α 550mg twice daily in patients with recurrent HE who participated to the pivotal RCT 2 or in newly enrolled patients.

OBJECTIVE: to examine the long-term effect (up to 30 months) of rifaximin-α use on safety, survival and hospitalisations. 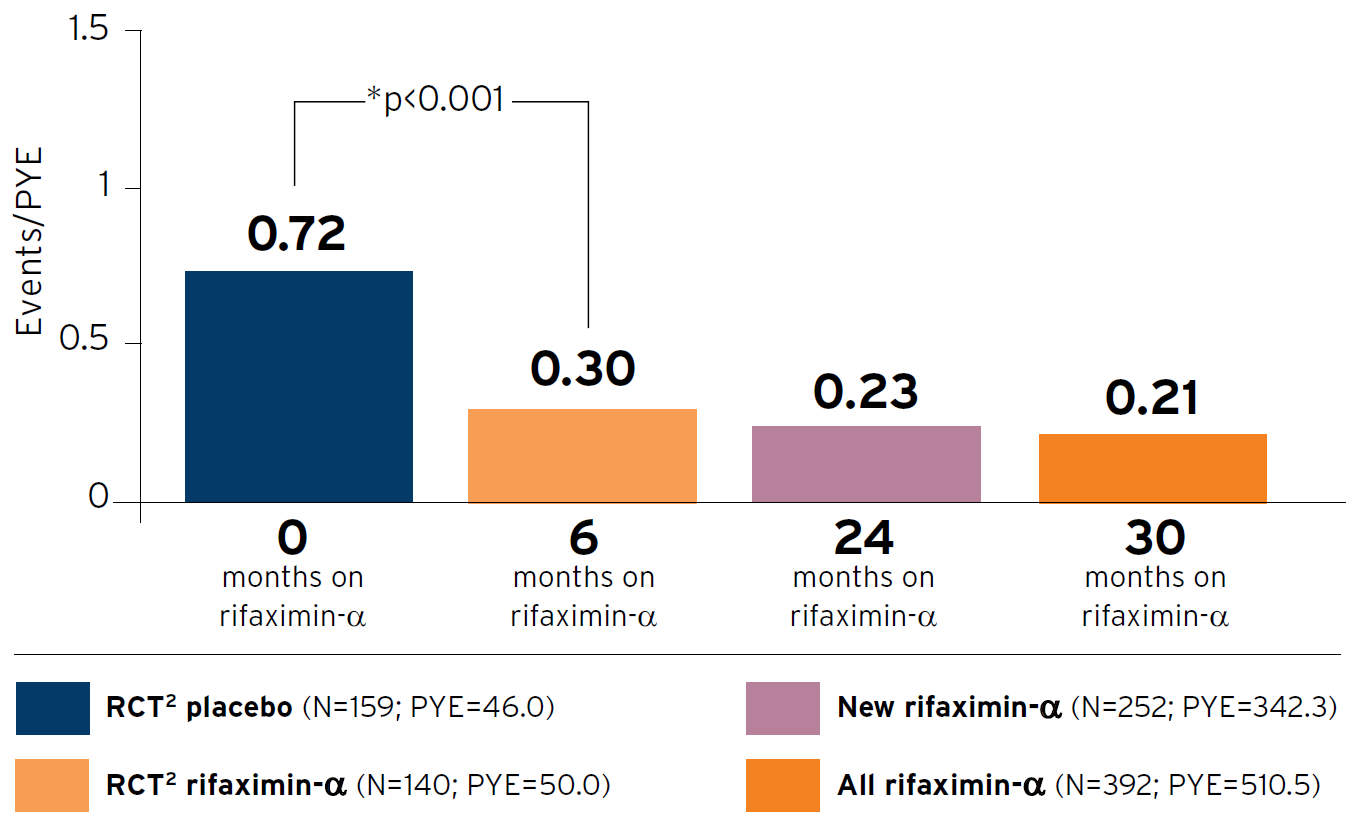 Adverse event (AE) rates did not increase over the long-term 1 , compared with those observed in pivotal RCT. 2 * Optional use of lactulose (~90% patients in 'All rifaximin-α' group received concomitant lactulose).